Truth is a means by which we discern our evolution. Evolution as a species.
There are countless theories of evolution, of the Big Bang, about how the ape ended up as a man and how the turtle became an elephant.
The scientists should give serious thought when launching such theories which have no connection with the Truth.

Let’s put our mind to work, if we have a mind, and think a little, if we have the means to do so.

Someone created this Universe

Someone Whom you want to know; but, if you don’t have the key, namely unless you are evolved, you have no way of knowing Him.

It is only possible for you to imagine how the Creator would look like, just as you imagine that you are alive.

In the terrestrial human being’s involution, everybody imagines how the Creator would be like, but not even the imagination can comprehend Him.

Let’s take a look at what this Creator did!

Looking at the bigger picture, we can see nature, species, flowers, sky, celestial bodies, but also many, many others.
All these are created by the Creator.

This means that the Creator has an exceptional success. He has made you think and analyse.

So far, in all the writings, everything you have discovered is that the Creator created you, namely you were born to develop, to think, so as to appreciate Life, to appreciate Eternalness, to be apprised of beauty and to rejoice in existing, to be happy.

What would the Creator’s purpose be, other than the one of your developing, analysing and being happy?

Nowhere, but NOWHERE does it say that you have to grow old, get sick and die.

That’s what you added, by your involution.
Here’s a reason why you don’t want to meet the Creator.

In support of what I am saying come the legends, myths, customs of the past, which you have access to, which you study and admire.
I am very puzzled – what do you study out of these legends and what do you admire?

In those legends and myths, they talk about gods and titans.

The gods are the ones who are part of the Universe, namely the immortals.
900 million years ago, when the involution started, the immortals, namely the gods, as you know them, seeing, ascertaining and studying that you regress, came to a just conclusion, also asking the Creator that you no longer have access to teleport yourselves to other planets, because what you would bring on those planets are affections and death.

The Universe is not created for this.

The gods, namely the immortals, wanted to lend you a helping hand.
They got married to someone who, within 50 thousand years, was to die and created her a baby.
All the children are known as Titans.

The gods, the immortals, left. They no longer had anything to do here, because they did their job. They left the Titans. 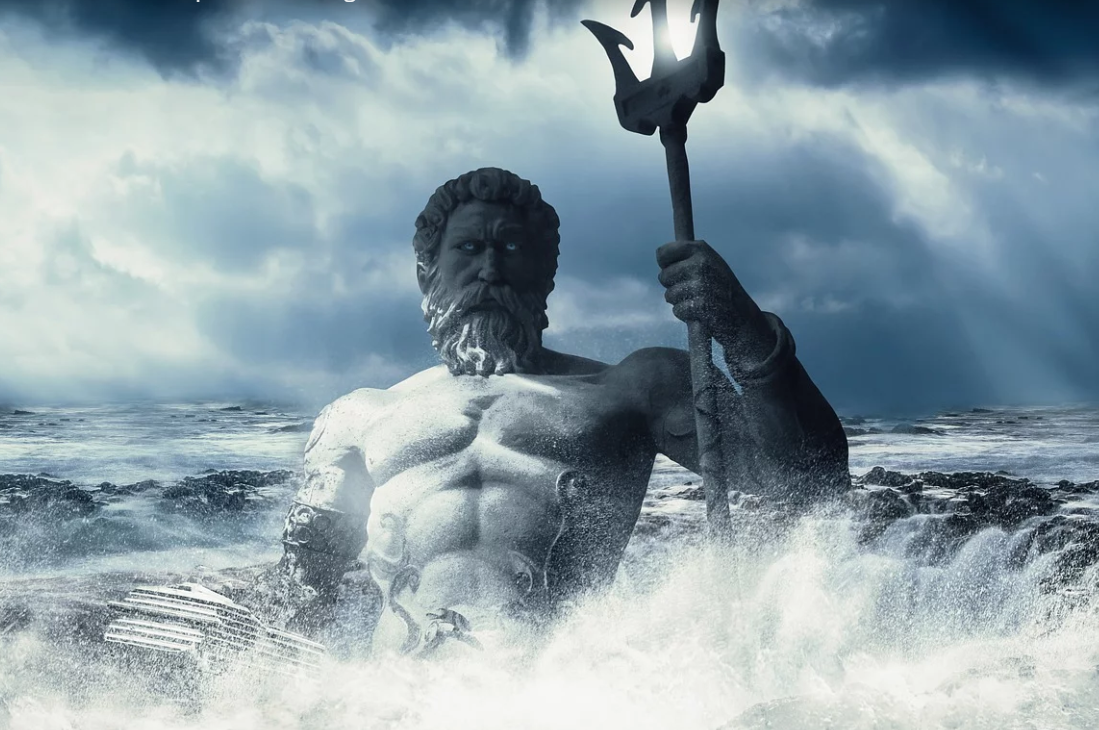 The Titans noticed they extended the mortals’ life, but not enough. They, in their turn, could live only 700 thousand years.

With time introduced as measurement, the instant came when the titans died, too.

And, what happened afterwards turned out a disaster.

The involution only gives birth to disasters.

The Men in the Universe have tried to explain you something simple, but you haven’t understood even by now.

They helped the scientists whom they considered capable of understanding them.

The scientists are of 2 kinds. Some who, all their existence, struggle to figure out the theory of strawberries and moreover expect to be well paid; and the others, very few, who don’t ask first how much they will be paid, but how good the laboratory where they will work is. Once with their exertion in that laboratory, the bread will come only naturally, as well. And not the other way round.

With this type of scientist beings, the Men tried to establish a connection and to explain the following Truth:

Growing vegetables, fruit and the rest of the species, and less the human being, were given as an example.
All of them grow, give fruit, and you pick them. All of them have their fruit-setting time.

The only species that has another regime is the Man in the image and after the likeness of the Creator.

The man, when he is born, does not grow. The other species grow. The man, instead, is aging – grows old. The man, every time, is one day older.

The man, getting older, develops; and, at a certain age, he should stop, so as to set the age which he likes best.

If you want to understand better, let’s assume that the man grows old and he matures at 35 years old. That’s how he looks best. Until that 35-year-of-age instant, the crystalline cells are still alive.

For the stoppage of his aging to be effective, the man should reverse the aging process, causing an internal implosion, so as to turn the cycle, from right-to-left, into left-to-right.

To turn this cycle and to stop the senescence, to massively produce crystalline cells, this is very easy to do.

The Creator, when he created the Man, the only condition for the latter to remain a Man was to behave like a Man and to be happy.

Everything He created for the Man or for anything else you can see in the Creation, is very simple.

The men are born men, not sages.
Men prove their thinking by researches and permanent development.
They are not born already developed.
This is the Creator’s condition.

Here, on Terra, as utter involution reigns, no one needs anybody that dies.
How comes, a man to talk to a human being?

The human being dies.

And yet, he studies the theory of the potato or of any other vegetable, but he doesn’t study the affection.

Death is an affection, a consequence. You were born to research, to rejoice, not to die.

If you were born, and you are a man, not a rabbit, how can you believe that the Creator created you to die?

Why would He have created you at all?

You need whole, massive institutions, to study the affection.

The only affection you have is death.

It is the consequence of underdevelopment.

Death is just like TB, cancer, pleurisies, or any other affection.

Your brain no longer produces anything from the very instant it has received the information it must die.

It is very easy for you to develop.
It is enormously hard, instead, for you to continually torment yourselves.
It is equally hard to be sad, to have only hardships which to expect, moreover.

It is sadism or masochism, as far as you are concerned, nowadays, to sit and wait – what evil will tomorrow bring.

You got accustomed to consume, without paying.

I will give you an example which is very correct. I know that this example is not convenient for you, but you should know that it is a solution.

You create children whom you create to die.
There is nothing more sinister than this.

Why, before creating children, don’t you buy some land and each of you plant 100 trees? To wit – 2 partners, 200 trees.
If you plant 200 trees, after a while, you’ll have a forest. In this forest, you can raise your children, so as to ensure their oxygen.
Under the circumstances everyone who wants to have children plants 100 trees, I assure you that something in your mind will change and you’ll have a conscience.

Conscience means something else than instinct.

Conscience means – thinking through, beforehand, planned, analysed, and only afterwards moving to action.

Instincts mean – finding a partner without thinking about anything and ending up with a baby whom you don’t know what to do with.

This is the difference.

The truth is that, when you have a conscience, you are capable of being a parent.
If you have instinct, but you have created a child, you and your partner should be sterilised, or the child should be taken and given to the parents who planted 300 trees, instead of 200.

This may seem to you a harsh method. It is not at all so.

He who steals a little today will teach tomorrow whole generations of his kin to steal increasingly more.
When there is nothing left for you to steal, you will end up stealing the hat from each other, lest you lose your touch.

The Truth is not difficult. Nor is it far from you.

It is very simple; you just have to get into it and get acquainted with it.

The Truth is, when you are choosing, cultivating and growing wheat, instead of 10 tons, as you should normally harvest, to be harvesting 12.
This means you have taken good care of it and understood how to choose, how to cultivate and how to harvest.

This is the TRUTH. Is it difficult for you to understand? 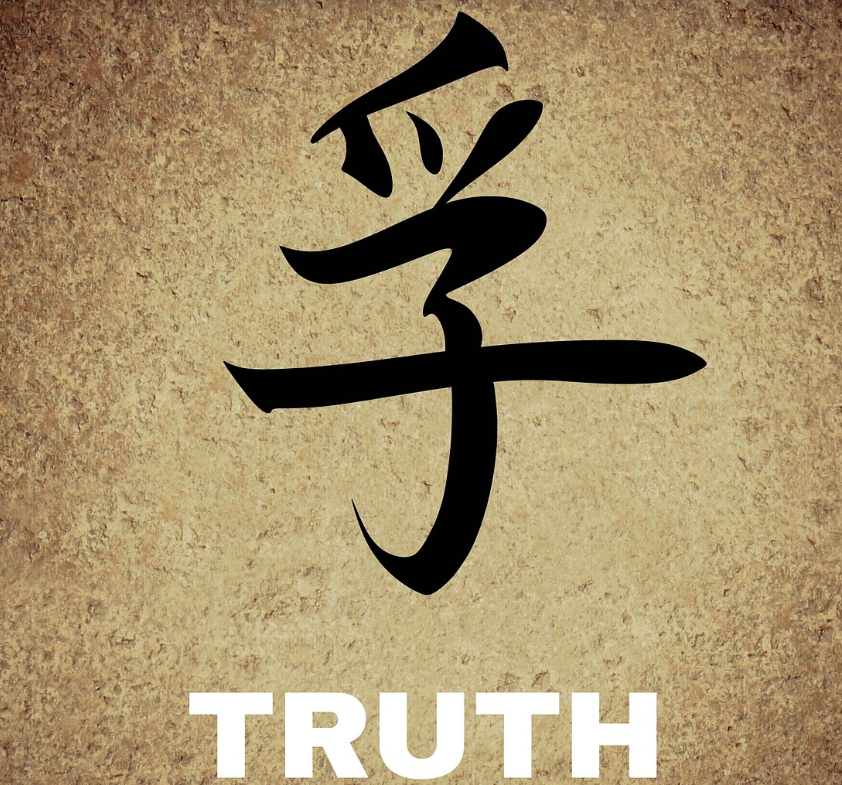 The lie is when you imagine that you have chosen the plot for cultivating wheat, when you are telling all your neighbours that you’ll go by cart to cultivate wheat and, instead, you go to bed and sleep all day.
Then, when it’s time to reap the harvest, you come and say that your harvest caught fire.
They who chose the Truth know for certain you lied to them.
Normally, they should not support you and hence you would have nothing to eat.

They who know the Truth have dignity, honour and qualities.
Of course, not yet wholly formed. But they have these ones.

Those men pity you and take you to help you in their household and yard.
Here they run a great risk. A risk which proved to be real.
This risk lies in the fact that many members out of the ones who employed you have learnt the lie from you. How to sell the harvest at a higher price.
With the passage of time, assuming these lies, even they who knew the Truth have lost this quality.

That’s how you’ve changed into a place teeming with illusions, and you exist in illusions.

You don’t abide by no rule whatsoever.

You are creating rules for yourselves, rules which are killing you.

They who know the Truth and have remained in support of the Truth will also know the Light.

For you, only the electricity is left.

You should know that, anytime, someone can interrupt the feeding of your bulb, from the switch, and you will no longer have a habitat where to exist.

And something more, to know it very clearly:

THE TRUTH
is open to a relation with any human being.

Want to learn the TRUTH
from the SOURCE?
Click below! 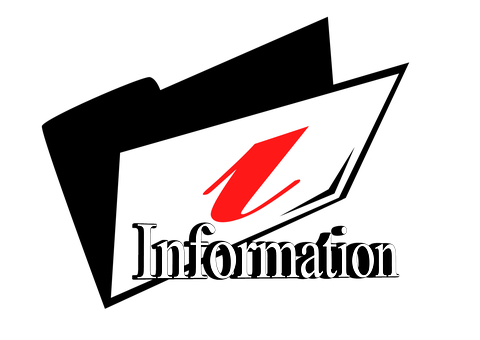 We have answers to any question you might have.