CORONAVIRUS - NOT A DIVINE PUNISHMENT ⋆ Beyond Reality Society 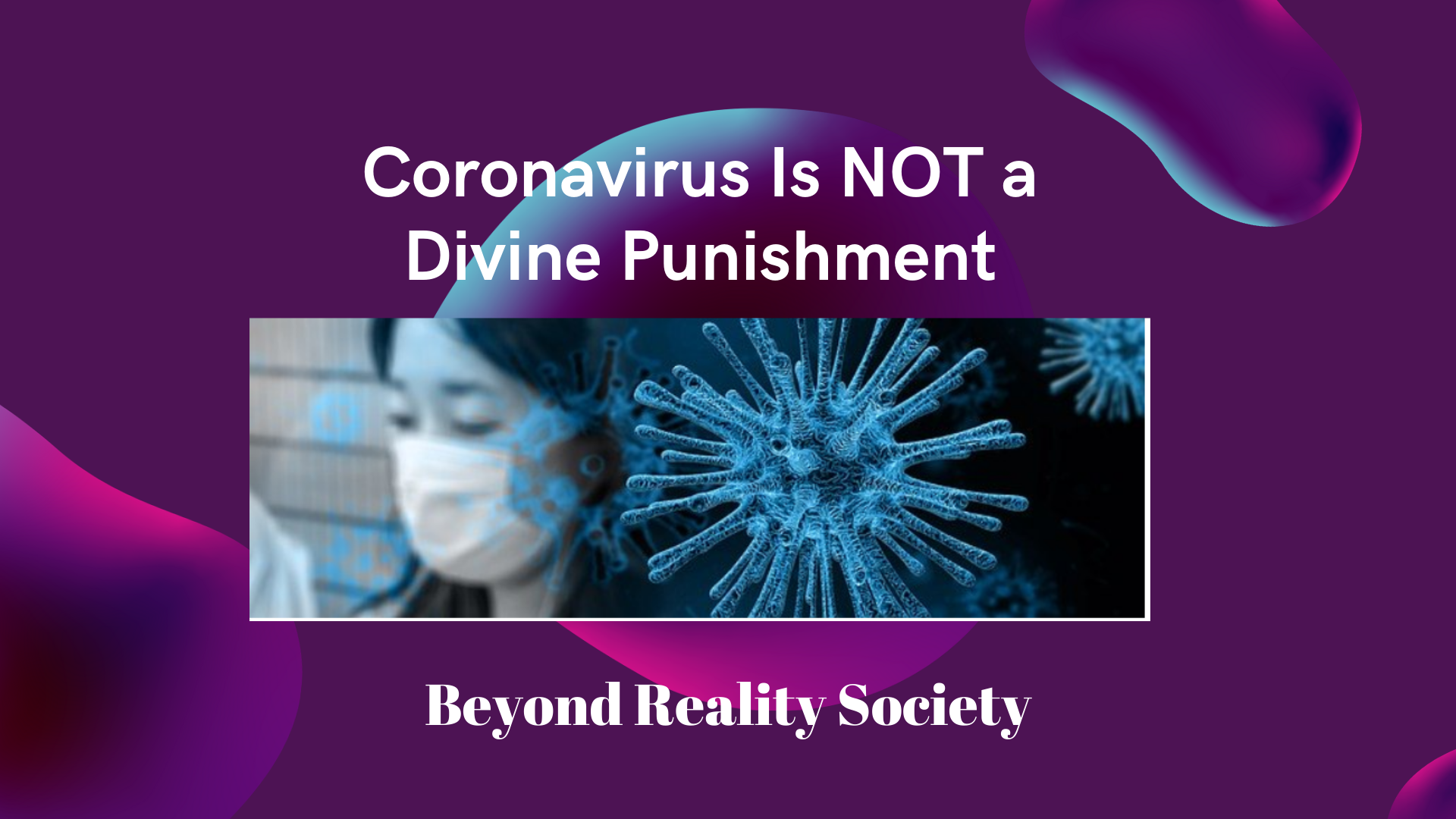 CORONAVIRUS – NOT A DIVINE PUNISHMENT

CORONAVIRUS IS NOT A DIVINE PUNISHMENT!

Coronavirus, plague, cholera, pollution or others, whatever happens around you, whatever you endure, you experience, is not a Divine punishment.

The Divinity gives you; He doesn’t take from you.

Stop wallowing in self-pity, lifting your lying eyes to the sky, given that the eyes are the mirror of the soul.

The Divinity knows you; it is you who don’t know yourselves yet.

Maybe, after analysing what you did, you will conduct an analysis and learn how to love, to be happy, to rejoice, to dance, to clean, to come together in building what you attempted to destroy.

You only attempted, forasmuch as what is built by the Divinity, no one can destroy. You damage and pay, to wit die. After you, several others try and it is still the same result that they obtain, namely they die, since it is the same mistake that they keep repeating.

Until you learn properly, until you build correctly, you will all die on the same platform in the same throes.

Until you chase away pain, sadness, unhappiness, duplicity and the whole Pandora’s box, you will die.

Until your eyes clear up and look at everything around you, cleanly, with purity of soul corresponding to conscious and fair deeds, you will be blind and dead.

When you have sharp eyes, you will see the Creator, as well as yourselves; then you will see that the Universe is there, beautiful and always surprising. Then!!!

I would ask you to regard this material properly.

Never in the world’s history were the churches closed, whether there was plague, malaria, wars or anything else.

Maybe now you should look right and see that Christian, Muslim, Buddhist and all kinds of churches were closed.

Maybe you should draw a fair conclusion to unite in being happy and being able, together, to look up to the Creator, because He is only ONE.