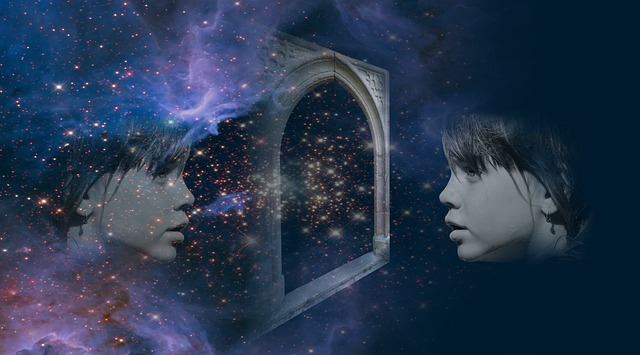 I am answering questions launched by my .

I am not answering questions if the one who launches the question doesn’t belong to my .

The Man develops and gives himself to Creation, accepting eternalness.

I can explain because it is precisely the latter that enrich the human beings’ brain; but, unless they are understood, they can also destroy it.

The human beings within , – without offending anyone, but they can get upset with me, as I don’t care, – rely on false things.
Whole institutions deal with proving the benefit of the potato in the consumer’s stomach. Or explaining how the apple falls from the tree.

It is not wrong, it is useful, under one condition: before concerning yourself with the benefits and affections produced by fries, it is fair to deal with understanding life, with accepting that life is everlasting and that death is not part of Creation, but it is an invention of the mutant human beings.

We don’t disturb anyone, neither politically, nor religiously, and in any other way. We bring benefits to because we conduct our daily activities within .

We are not interested in how many saints, gods and supreme gods you if you choose them to patronize, every day of the week, another god, this is your business. You may kiss icons as much as you want.

Anyway, wood will be wood; you may kiss it as much as you want, wood will not give you Life, it is Thinking which will offer it to you.

My members started the process of cerebral crystallization, even if it is at the beginning – the crystalline cells gifted by birth are already activated. The channels by which the dead cells are eliminated are present.

My members know that, with 2 legs, you can only take one step; you can’t take 2 all at once, nor 3 or 5, nor can you count them, as it is the same, it is still just one step that you can take.

On the other hand, we know very well that the steps can’t be counted. It is simple: it is in the same direction with us, when we take just one step, as that’s all we can, that the other species, birds, insects, or anything else go, too.

You, instead, as far as you are concerned, you make all the species fall within there since, as you have a count, it must have an order, isn’t it?

Our step is one, yours are several.
Consequence: the difference is that you make too many steps and end up in the cemetery; whereas we can’t get there, as we only take one.

You can’t explain to yourselves how come that the man is in different dimensions.

You have never thought about it. The leg, hand, nose, hair or any part of the human body, in every moment, is in another dimension. It is in a different because the body has a dynamics, but it is not the same.

I will give you just one parameter to think about.

In me and in us, it is different. Your feet, forefront, fingers are freezing, but the body remains at a different temperature. This proves that the body parts are in different dimensions. Not everything works unitarily.

You will evoke the law of physics, the pressure on the body. If it is as you claim, why does the body which still has life, function; while the other, which is in the grave and lies horizontally, rots and completely disappears? Shouldn’t they function there, too?

The energy you are coupled to is of sustenance, in your case; ours is vital.

A man of mine, when he rises from sleep, wakes up after a part of the brain functioned at a lower percentage, namely about 68%; and, for the rest, many cells relaxed. But, by rotation, all cerebral cells were charged with energy.

In order to breathe, a man of mine is directly linked to a tree, which is the closest to him and which has a radius of action equal to the radius of that man’s brain. The inner energy is linked to the outer energy. Hence the dynamics of motion, movement .

What’s important is what preoccupies you.

If you are concerned with life, you’ll know that this can be solved by thinking, and it is good to study the way we study, process of growth, corporal modification up to a certain limit, stoppage of age, set at a certain limit, as well, and exclusion of the process of radically growing old or getting sick, but all this based on science.

You have whole institutions which deal with the system of gravity, physics and other phenomena, so you can explain how an apple falls from the tree and why it falls.

In such a way you explain this phenomenon, that no one understands anything.

Do you us to help you? We will. We will, but you’d better abolish How-The-Apple-Falls-From-The-Tree Institute.

The tree has a vitality, the tree doesn’t guide itself by gravity. It is so blown by the wind and ripened by the sun that the fruit should fall. Except that they seldom fall. As the tree has vitality, so do its fruit and so do its leaves. By means of the propitious climate, the apple ripens and so does the tree. After all the fruit ripe, the tree loses its vitality, so it can recover. Because of this loss of vitality, the fruit their stem and detach from the tree which dries in its turn, because it is in .

Here’s how the apple falls.

You can bump your head into the wall, let’s see: if you bump it several times, will it split into two heads?

Take care, don’t experiment too much, if at all, because you will lose even the head you have!

Let’s say you’ll create 2 heads; but, as for the system of thinking, does it also occur by crashing?

You see, according to this logic, of the Big Bang, a system of thinking bumps into another one which lacks thinking.

I am sure you know that the negative is more readily accepted, as you don’t have to make any effort.

The poor wall, it remains only one – unsplit.

Give it a rest, stop hitting it with the two heads!