The Window To The Universe - The Pilot Program ⋆ Beyond Reality Society 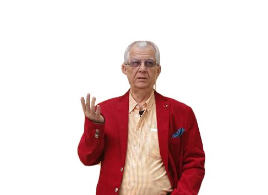 The Window To The Universe – The Pilot Program

My – Beyond Reality Society – is created in reaction to the passivity in terms of thinking. thinks wrong, but it doesn’t even see that.

We, as , don’t want to change , but we want to change the members.
Our motto thinking, research, development, dignity and honour.
This means we will show that a developed brain can do anything, including not accept death.

Of course, many people, over time, strived to chase away death, but their methods weren’t quite fair.
Very many persons in live in illusions and don’t notice this. They live in repeated mistake, they are born and they die. I am asking: where is the evolution and where is the progress, if you are born to die?
Dying means accepting this, and not permanently striving, seeking, developing, so as not to die.

Of there are billions of people who will contradict me. They will say – “here’s another one who thinks he is God.”
Rest assured, I don’t think I am God. Keep calm. I know that Life is unlimited. I only know this, and it is enough.

To those who compare my with a new religion or something similar, I transmit my warm greetings with the following example, so as to never discuss anymore in religious terms:
The dogmas you have learnt oblige you to know the prayer “Our Father.”
“The Lord’s Prayer” sounds like: “Our Father in heaven, hallowed be your name. Your kingdom , will be done, on earth as it is in heaven.” This prayer is longer, but all dogmatists are acquainted with it.
My dears, you are serving a great illusion. I agree with you that you utter these words.
Now I will give you an example by which I ask you to prove to me what the truth is.

You are trying to exploit other planets, you are sending space probes. Your probes will have no chance of success. They will show exactly what the Universe will allow you to see, and not what you believe you have conquered. You will never go into outer space, farther than Terra. But especially farther than this Simulator.

Let’s continue with your illusion, namely with that prayer – “Our Father” – do you remember, a few lines above?
In your illusion, let’s imagine you have made it to Mars. Under these circumstances, if you have followed me chronologically from above, where I have mentioned Our Father, how will you say the Lord’s Prayer while being on Mars? In what heavens – as you are in the heavens.
As on you are in the heavens, not on Terra.
It would be better, before answering me, to think very hard about the example I gave you.

In this case, wouldn’t it have been easier for you to train yourselves cerebrally on Terra and not to search help in the Heavens?
Do you think the heavens will help if you have wasted your life and don’t use your brains? I see that not even the earth helps since you have destroyed it, since it is totally polluted.

I don’t know, how many of you will accuse me that I am against religions, because I have given you the example with Our Father?
I don’t accuse you of anything. I agree with everything you are doing. Except that I don’t want, I and my , to be as you are. That’s all.
The difference is that I and my love Life, whereas you love a temporary life, without developing, until you die.

After you die, 30 years after that, no one remembers you, as if you didn’t . I might say that nor does Satan remember you, but Satan is your invention, out of the mistakes you made.
You have nevertheless some logic. If God does good, though, you had to concoct something to excuse your sins. So, you invented Satan.

I would have you know that I respect the main books of any religion, such as the Bible for the Christians.

Except that I don’t agree that the Bible is a religious book. The Bible is a historical book, a book which will show you precisely that thinking is the one which will bring you the Light. Unfortunately, you can’t read the Bible, and no one could so far.

In the Bible, it is written about a Creator. You filled it with saints who didn’t do anything sacred. You have so many religious dogmas, that you can no longer catch its thread.

What we want is for us to exist in society, without disturbing you; and you, slowly, slowly, to disappear. Since, if you don’t use your brains, you are an exceptional gift for worms.

We are not against you, don’t get us wrong. We are against anyone who doesn’t think.

So far, nothing has ever gone wrong.
It is true that, on Terra, a mistake was made, which influenced the Universe with the equivalent of one micron and the Simulator was created.

The Simulator is away from planet Terra, it is in a loop.
You believe – another illusion of yours – that you are on Terra. You may also believe that you are killer whales, we have nothing against it.

In conclusion, even the Simulator is a benefit for the Universe, because it is teaching aid for all men.

Maya is a civilization of which you haven’t deciphered much. Their purpose was for the civilization to become invisible.
I don’t think you understand this procedure. I’ll explain it to you: the Mayans didn’t want to become magicians. The ones who were the peak of their civilization wanted to attain immortality by thinking. Only in this way could those around no longer see them.

Their enigma is simple, my dear ones, as it is not about enigma. It is about pure thinking.

That elite who have used their brains have lived by now. All those around them died. Of they have become invisible, because the others, those around them, died. Who could possibly have seen them any longer? A dead man can’t see.

I can say a great many about my . About real laboratories, including in the field of cloning, but not this can solve the reality of life.
Life is , death is an enigma.

Isn’t it better, before saying anything about my , to reflect about the following: we have the principle – not to disturb anyone.

Our purpose is to prove that, by thinking, you can achieve anything, including the proof that thinking is the only one which offers you eternalness, so you can study on a permanent basis.

is because that’s the only way to map out the Way of Development.
To study only one blade of grass, it takes forever.
What Creator would be The One Who creates the Man out of His own Self, in His image and after His likeness, without offering him the chance to think, to develop?
And this can only be achieved through Everlastingness.

This example proves to you inexpugnably that the Creator created the Man to be eternal, not to die.

Hence, the Creator has helped the Man, by giving him . In the entire Universe, only in this there is death.
The Creator only guides you, He doesn’t give you anything else, as He has given you brain. All you have to do is use it.
Life, love, happiness, joy, cerebral force, immortality and many others are real facts which are the resultant of Man’s thinking.

Death is only for a certain part of Creation, the energy of which is temporary, for a given process. In this case, it is not about death, but it is about a provisional procedure for completing and improving the Creation.
Creation has roles and countless faces.
And here, to study only one field, you need an everlastingness, it would take forever.

Do you remember what I have just mentioned above about the Mayans? We can discuss in the same terms about the Persians, Egyptians and many others.

All elites have succeeded. All those who have used their brains have seen the Light. This is the last of its kind and withal the because there is a signature here.

I have described to you a small part of our process of thinking.
I didn’t want to offend anyone, to injure anyone’s dignity, honour, love or anything.

In the first place, I know all these qualities, while you only imagine what they would be like, but your imagination is outright nightmarish.

You can’t be happy and love, when you know that death lurks and awaits you.
Not now, the moment to come, but it awaits you.

Do not mind, but death doesn’t await me, and I will teach all those who deserve it, to rid themselves of involution and to become invisible for their circle of friends who are not involved in my program.

I advise you to try to think.
Or, if you don’t succeed, try at least to prove to yourself why you are dying.

I can tell why you are dying.
Can you tell why I know eternalness?