THE HUMAN BRAIN - Consumable or Principle ⋆ Beyond Reality Society 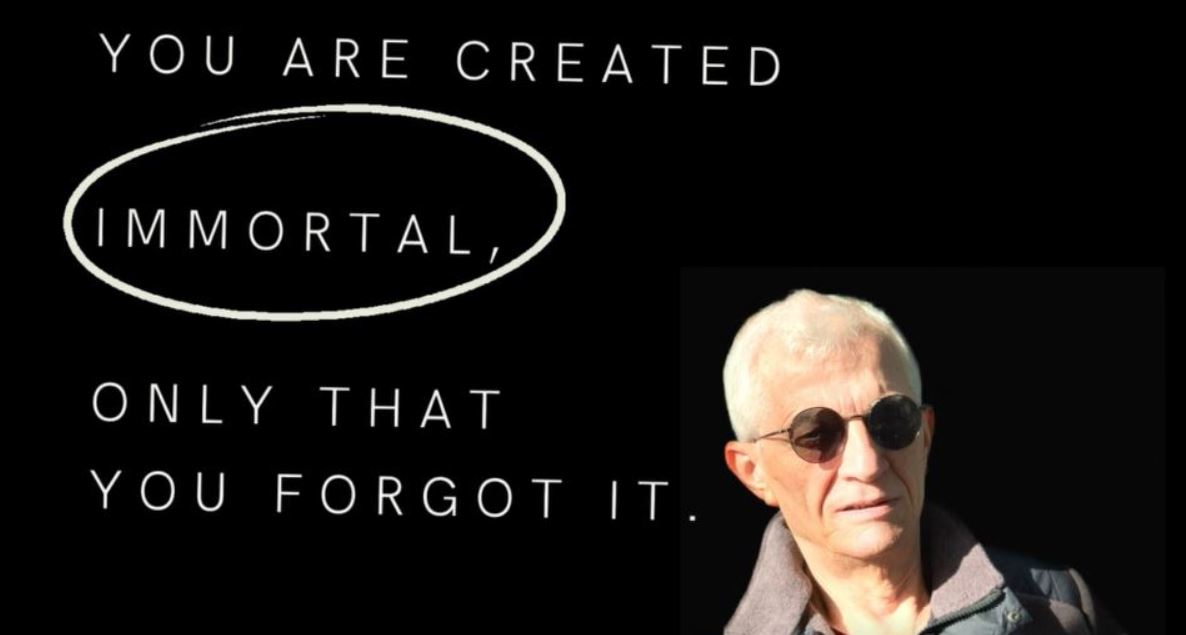 The Keys of Life – A Small Part

The human brain is fascinating, always in expansion and development.

The brain is the part that develops, altering in the course of this evolution the body in its entirety. The Creator altered darkness, creating light. He created spaces, dimensions, points of support, rotation, flexibility, elasticity and many others. He created celestial bodies, their stars, the stars of the species, and the stars of Man. He created the planets and their satellites. The satellites are for balance and for communication between spaces, but also for inter satellite balance. All the satellites belong to the planets, but they communicate with one another to maintain the space uniform and for the rotation and the dynmics to be correct.

The planets have multiple and different composition, because the Universe is fantasy in the beauty of Genesis, changing continuously.

He created the species, adapting them to the functionality of the Universe, so everything could be in a continuous fusion, giving birth to more and more possibilities.

Last of all, the Creator created Man.

Man is no species. Man is endowed with brain, which differentiates him from the species. Man is a functional standalone micro universe, able to develop himself, study, improve and exist.

THE BRAIN allows for all these and ensures immortality. MAN has been created in the likeness of the Universe, always in development, as is also the CREATOR. This is the difference between species and Man. The species have limited life-support crystal cells, which in the course of the energy burnout decompose along with the species’ matter, and a new one is born instead. Man has been created to exist forever, searching, discovering, researching and applying.  The brain holds the DIVINE PARTICLE. This one is the connection between Creator and him as a person.

At the same time with the development of each person’s brain, the CREATION evolves, too. Creation is applied, but unless you have come to discover it, it does not exist. It does not exist, not because it is not applied. (It does not exist for you.) Creation has been applied since the beginning of Light, that is from the moment the Creator offered it. Problem is that unless you are evolved enough, you cannot see it, because you do not understand. With brain development, new horizons are continuously opening.

The Universe is fully developed, but its beauty is up to every human to discover when they come to understand, progressing in evolution.

In the Universe, men develop differently, but constantly and progressively, depending on the moment they have come into being.  ETERNITY is the climate in which everyone develops, without this fact to raise special interest; it is a state of fact; it is natural and normal. Therefore the topic is not mentioned in the Universe. Death is unknown in the Universe. With its non-existence a state of fact, it does not consequently figures as a topic.

People in the Universe do not discuss nonsensical topics as it happens in this Simulator called Earth.

On Earth there is complete mutation, which has led to various alterations, such as the decrease in height, in content of bodily matter and an almost complete alteration of the species altogether. With the first mistake, namely wish, man on Earth has begun his involution.

The Creator isolated this space in the simulator, isolating the simulator in space, an appendage of Earth but in another dimension. Those people who erred by infringing the principles of the Universe remained isolated in a separate dimension which exists in its own right without influencing the Universe in any way, but serving as a bad example- school for the Universe.

It is a school, because involution has given birth to death. Death is a consequence, but a non-existent thing, for it was not created through Genesis by the Creator, but it occurred following an accident, through lack of development.

With the first mistake, man altered his osseous and muscular structure, turning into GENETIC MUTATION. From an initial height of 3.3 m, he came to be an average of 2.00 m.

The whole body structure, once a human one, altered by 1.30 – 1.50 m. This ALTERED the entire CREATION-given purpose, turning MAN, who was destined to live forever, into a MUTANT with a temporary existence.

The mutant has lost all his qualities, inclusively the body but especially the brain content.

The process started of getting sick, ageing and dying. The brain content, made up of crystal cells, turned into a conglomerate of common cells with energy charge, through their impulses, namely with the energy ones. From a perpetuum, the human brain turned into one that functions for a certain time, doing it completely wrong, too, throughout all this time. Thus the human brain became one that learns little, executes and waits to die.

Once the human being has existed under the pressure of death, he certainly does not live, but merely exists, being influenced and conditioned by various fears.

Along his nightmare of a life, the human being invents a thing or two, without practically making discoveries, just theories and inventions. Even if wrong, these last ones are proclaimed laws, the rest of the beings being forced to abide by the new laws – thus being enslaved and stolen people’s right of individual development.

Thus have been born the society and its rules, even if the respective laws rule out the individual right of showing something that may be correct. Development is never a collective thing.

Looking closely at the society, we do not see it, because it does not exist if the mutants are not present in it, but keep in their houses. In this case, we see that the society exists, but it is not factually enforced.

There are the laws, but human beings abide by other things at their homes. Consequently the society exists, the laws exist; the respective laws are abided by; but at the same time neither society nor laws work as for instance works oxygen in its own right for life and the participants in it.

This simulator exists for the Universe; it is an illustration. Yet to you it does not, because you have gradually grown dehumanised.

Ever since you are born, you are taught how there is a different brain in men versus women; about men being in a way whereas women in another. Who can differentiate or what makes the difference between a female and a male brain? Who decides what the two genders’ rights are? Should not everything be recalculated, taking into account a person’s reasoning capacity and not who the brain belongs to? Do not you happen to be wrong?

The human brain – what has been left of it that is, does not work. For thinking to work, it takes to create continuously, discovering. What the brain does now is guard itself against various threats, which means it exists through continuous stress. Under these circumstances, where only the human being’s functional part changes through various comfort-inducing methods, it does not mean there is a brain, but transient cells serving one’s own comfort until the human being dies.

The entire existence, for you to exist so you can protect yourself means that this brain you have is useless, serving rules which you do not even understand.

Has it ever occurred to you that the Creator would by no means create somebody in His image and likeness, but at the same time let them die?

It is out of question.

You must be wrong at some point, maybe completely wrong; and you have to fix your mistakes so you can attain the purpose and the destiny which you have been created for, namely to become IMMORTAL, by reversing the change you underwent when devolving. You are IMMORTAL, but you have forgotten it, as you have also forgotten the normal behaviour among men whose society has members behaving worse than animals.

We should take a look at what we meet frequently around us.

Maybe someone will contradict me, giving me examples – the stars, the sky, the flowers, nature, the sunrise, the sunset and many others which are beautiful. Yes, it is true, but all these – did you create them?

Others will say – love. I agree, but love is a way of existing by dignity and honor, which you do not know.

If we take a look at love, what shall we see? Children result out of love. Beautiful, is not it? At first sight.

If we study thoroughly, these children you give birth to them so you will offer them to death. Great achievement, is not it?

Is it hard? Your precarious economic condition is stressful to you. I agree. This world of yours full of crimes and fears gives birth to monsters. The world of greed, perversity, immorality, crime grows because FEAR has turned you into a wild pack and you have lost the humanity and the qualities.

Still, there are also a lot of decent representatives who have not lost everything. They have A CHANCE. Capitalize on it!

The rich are as much profiteers as the rest of the criminals. Ignore them! They will die with all their fortune, because they do not have THE KEYS OF LIFE, and Life is neither to sell nor to buy!

THE QUALITIES you create will give you the power of finding strength! But you have to pay effort and there will be SOMEONE to see you! The important thing is for you to turn on what you forgot – TO THINK!

The difficult thing is for you not to think, I assure you. Unless you think, you meet with shocks at every step, which you must protect against. If you reason, you are a human being with every chance of becoming a MAN. You must abide by society’s every rule so you will not be accused of being rebels. Knowing you cannot help the dead, it is easy. Leave them be, they die anyway. Today they are; tomorrow they are just maggot food.

You cannot change them, CHANGE YOURSELVES! This can be done, YOU ARE NOT ALONE if you show thinking. You are alone if you do not think.

Make full use of your thinking; abandon death, for it does not exist.

Do not expect to go to heaven after death. There is not SOMEONE who – when you died, having failed to use your brain – will offer you another chance; this is only possible in fairytales. But the fairytales do not come from the CREATOR; they come from writers who created their own illusions.

Everything is possible if you think! Nothing exists if you die!

CHANGE YOUR BRAIN from consumable to principle!

If you want to learn more, go to Beyond Reality Society website:

On this website, you may find your chance to get answers to all the unanswered questions of the humankind

This is not for everyone, but it might be just for you!