THE GATE TO THE NEW SOCIETY ⋆ Beyond Reality Society 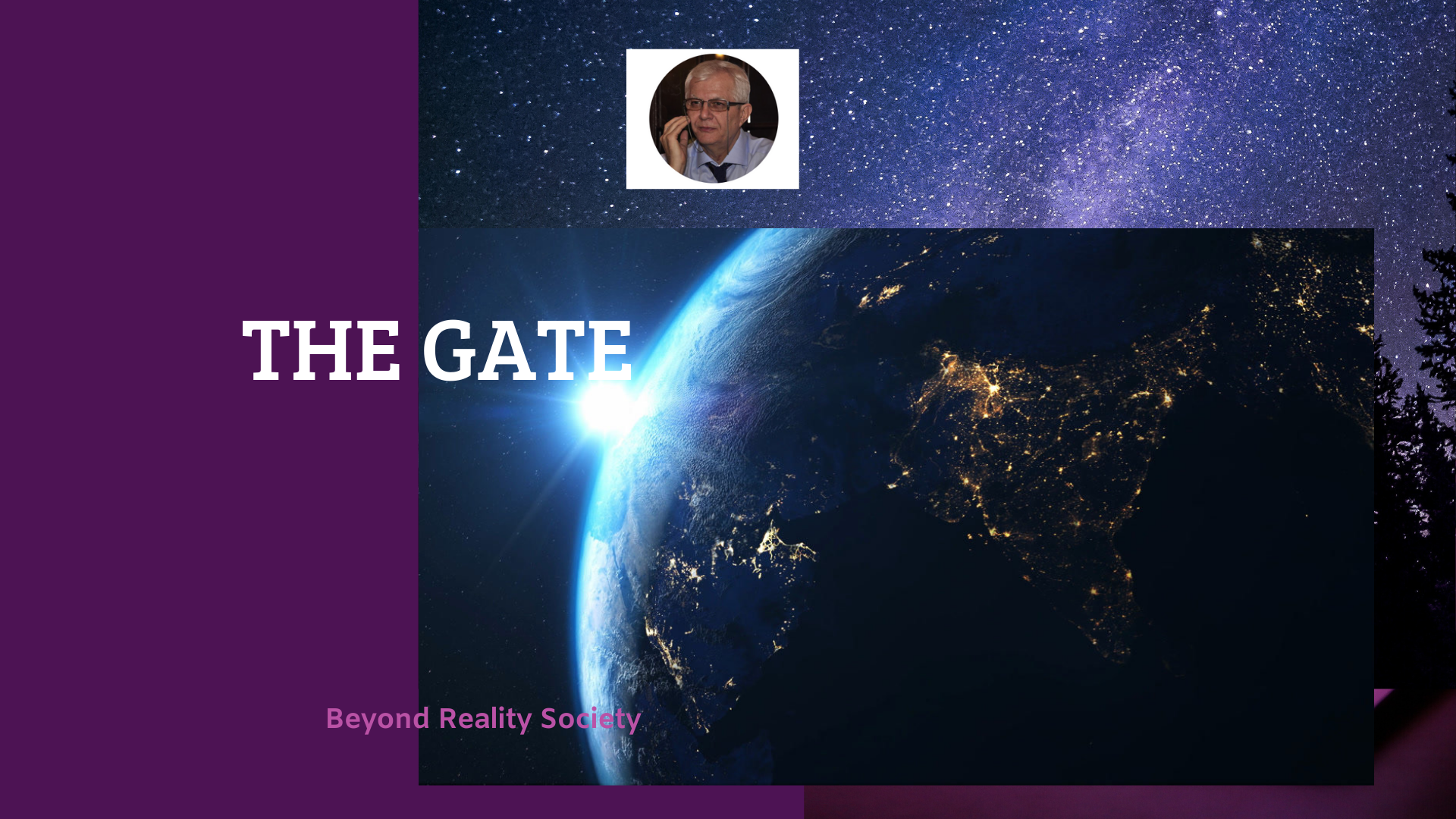 THE GATE TO THE NEW SOCIETY

Leading Professor In The Science And Principles Of The Universe

Creation is not the outcome of a chaos

Creation has its component parts, by virtue of its being Creation.

The One Who created this amazing Creation which permanently develops, changes, modifies, which functions perfectly, is the Creator. An Architect – if you want to call HIM this way – Who experimented before offering it to people so they can develop therein.

The man develops in this perfect climate, but he develops watching the other components which, in their turn, separately, yet merging into one another, develop just as perfectly.

None of the components is isolated or purposeless.

The Creation is so designed that it cannot develop if there is no other component to complete the one that needs completion.

So do the parts of Creation rotate, completing one another, that each is enriched and completed, by merging.

Nothing, in this Creation, is lost; everything changes from useless into useful, to wit from negative into positive.

Due to their completing each other, although the concept of negative minus exists, by being made use of, it turns into necessary negative, namely positive, which eliminates, as a concept, the negative. This means there is no destructive negative, with no purpose, in the Universe.

In terms of conception, there is negative and positive. Indestructibly though, only in view of completion.

In other words, in each part of Creation, it – that part, is both positive and negative, at the same time. Both of them creative.

A positive will charge up to 70% and eliminate 30%. Notwithstanding, that 30%, for the part of Creation which does the elimination, is useless; for the other part, which it merges with, it is positive.

The human brain, just like the human body, is a total unknown. The people develop, which doesn’t mean they get to comprehend this unknown. Men’s development implies a constant search for answers; that’s why EVERLASTINGNESS is present.

Here is the problem.

The human being here hasn’t thought there is a possibility to stop by something this downward slope, namely senescence, exhaustion and death.

On this planet, the human brain works harmfully, against its own body. Here, there is no merger between body, energy system, conscience, consciousness, subconscious, unconscious, physical functionality, emotional functionality, and many others.

The subconscious has stored frustrations, hatred, wickedness, and many others, which it delivers to the consciousness. And the consciousness makes them public, it manifests through them, or not.

Not being developed, the brain here has an energy protection which serves as an umbrella lest it be destroyed, possibly. Forasmuch as, if this energy umbrella were not formed for a while above the cerebral cortex, the neurons would run out, without recovering again.

The human beings’ illusion of life. Interruption of the evolutionary process

The human beings serve rules they don’t understand, traditions they didn’t experience, but apply, and customs they didn’t research, but accept, notwithstanding. They resort to them all, yet not using any category properly. Hence, the chaos.

The human beings know that they must be together, create families and obtain heirs to represent them.

The human beings follow this course of life, in the knowledge, though, that they will die eventually.

With such a perspective, which is awful, that is, to live limitedly, and then die, the human beings pay no longer attention to the essential. They live to observe traditions, they get accustomed to each other up to the point where they fancy themselves in love, even if they don’t understand love.

The human beings live in a permanent illusion, an illusion which bestows death on them.

Under these circumstances, even if the human beings smile, rejoice, play, they are actually very sad.

No one has thought that human beings imitate the species and are imitated by the other species. Forasmuch as the process of evolution was interrupted by something.

That something must be thought and, where it was interrupted, it must be restored, so this species can recover and become Men, as they were at the beginning.

At present, a family exists only by dint of and to the extent of acceptance. What family can this be, if they live together for a while, and are afterwards parted by death? Nevertheless, the way of organization is up to those wretched who spend a period together, loving each other as they understand it, accepting to be parted by death as it is offered to them, but being firmly convinced that they are leading their destiny by themselves, coherently and correctly.

With the passage of time, even their direct heirs, after two generations, no longer know the names of those who offered a future, at least economically, to their offspring.

Interesting conception of happiness when, actually, happiness, for most of this planet, means temporary consumer satisfaction. A satisfaction which, after a brief period, they forget; but which, missing, they seek again, until the interest is lost.

Brain – inexhaustible resource. Immortality is a fact, Everlastingness is present

About the human brain, and only about this important component, yet a great part of the complexity of what is called a MAN, we can talk to exhaustion. And, every time, I can offer you ever-new data. Forasmuch as the brain, reactions and behaviour – is an inexhaustible resource.

This society which I am watching, apart from being anarchic, because there are no clear rules, only exists to satisfy its instincts and then die.

I teach my own society the essentials of development, inspiring reasons for them to prove to themselves that immortality is a fact, Everlastingness is present, except the human beings in this society have forgotten.

We accept that the whole Globe is the society. A single society, with different nuances. But the same society that lives by instincts, only to die afterwards.

The New Society and the Gate

Accepting that, I have created a totally separate society which consists, as component parts, of all societies of the world, and which forms, on the horizontal, an emerald ring, a diamond ring and an olive ring. On the vertical, three other rings, which are the outcome of the first three, and the purpose of which is to create the nine rings that will enable the opening of the gate to another dimension.

The vaccine and the impediment: the ability to understand

In conclusion, we don’t impede the smooth running of anyone, we are not interested in what you create or what you engender in your laboratories; however, nor will we show you what we create in our laboratories. Due to a simple fact – that, just as we don’t understand you and your behavior, so you can’t comprehend ours. Even though, theoretically, it is very easy

How difficult is it to understand that a man who loves, who is happy, who rejoices, who lives, actually does it, considering that you only play a part that you don’t even understand?

You cannot understand a simple thing: when you die, everything turns into toxins; from the toxins, many viruses and bacteria are born, which are totally harmful and do not forgive anyone. Why don’t you try to create a vaccine to cover this aspect? We have it. As to what we have, we don’t refuse to show it to you. But you know, as I have said above: you will not understand; you may not even see it.

Whoever you are, try to develop, and you might even get to know us. We do not hide, because we have nothing filthy. We can show you everything. However, we will keep facing this impediment, that you will not understand. The problem with you is that nor do you hide; except you can’t be of actual help.

Leading Professor In The Science And Principles Of The Universe
26.03.2020 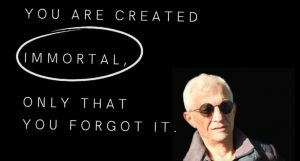 THE HUMAN BRAIN – Consumable or Principle The Keys of Life – A Small Part   by Zoran Tiger   The human brain is fascinating,

STATUTE OF THE WHITE BROTHERHOOD You must be meek, humble, rational, analytical, fair. You must know in depth the environment and the society you live 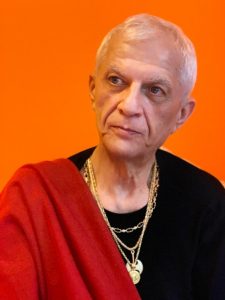 Have you ever thought about the meeting between an immortal Man and a mortal human being?
The former – the Man knows no death; the latter doesn’t know Life!
A long time would pass before the mortal could understand that this is what it means to live, whereas now he only exists on a temporary basis, until he runs out of vital energy and dies!
If he becomes aware of this, he might strive to get out of this simulator of death and to forsake the statues of graveyards. It is possible, but he must let himself taught! Maybe he will succeed! 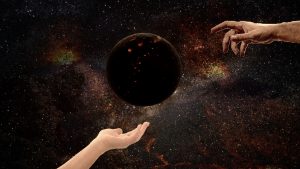 MAN BEYOND GODS. Do you want to become a God? Try to be a Man! In case you succeed, you will have the proof that…...

This content is for VIP members only. If you want to know more please:
Log In Register
Read More » 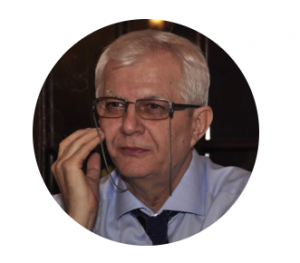 MEN do not die. MEN develop. The world dies.

In conclusion, no Man will die.
However, in order not to die, he should look for and find the vaccine against death. The only vaccine is thinking. To get to thinking and change the quality of the neural cell, from a simple into a crystalline one, you need to find someone to teach you how. 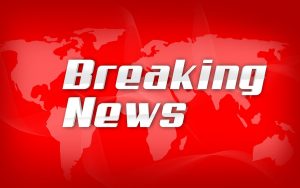